The official music video for "Icarus" was shot, directed, and edited by Luke Ostermiller of Loste Films. Circles We Draw kick-off 2022 with their sophomore release, "Icarus".  A pop song with a large, harmonious chorus casts this traditionally tragic tale in an optimistic light. Rather than failure, this Icarus represents a brave, intrepid soul exploring the boundaries of what is possible.

Fears I Call My Own Official Music Video

Introducing Impa the Guinea Pig, starring in "Fears I Call My Own", the first official music video release from Circles We Draw. 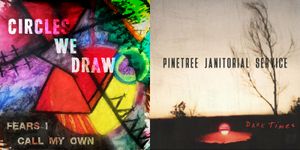 On October 29th, Kinda Vague Records will release its first two singles: "Fears I Call My Own" by Circles We Draw and "Dark Times" by Pinetree Janitorial Service.

"Fears I Call My Own", the debut effort from Circles We Draw, delivers subtly optimistic and philosophical lyrics behind an upbeat rock tune and catchy refrain. 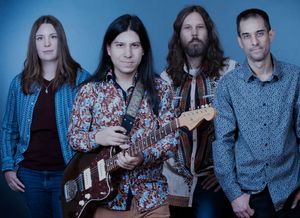 Kinda Vague Records is proud to be the debut label of Circles We Draw, one of Denver's premiere retro vague rock bands. Andrew Tallent (vocals/guitar), Robert Dixon (bass/vocals), Stephenie Cass (keyboards/vocals) and Scott Viscardi (drums) formed over 2020 and quickly gelled around a sound that seemed to reference a good deal of rock history, while at the same time sounding like nobody in particular.

Though young, they come to the label with a sizable catalog of songs that exemplify this idea and we're excited to announce the release of the first two of them. "Fears I Call My Own" will release on October 29th followed by "Icarus" on the 1st day of 2022. 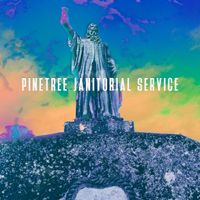 The first band on the Kinda Vague Records roster is Pinetree Janitorial Service, a project spearheaded by founder Robert Dixon. Their debut EP from 2018 will be the first release in our catalog. These five songs blend modern rock and folky pop in various proportions, and are unified by a detailed and lush production we feel sets a standard for the quality of craftsmanship Kinda Vague Records will be striving to deliver with every release. 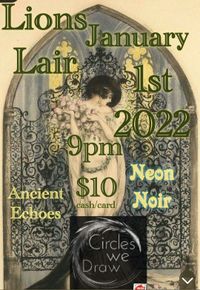 Circles We Draw with Ancient Echos and Neon Noir

Help keep music alive and get fully boosted. Then ring in the New Year with three of Denver's premiere new rock bands. $10, 21+.

On their sophomore single Circles We Draw demonstrate their range with this soulful pop tune. Single includes remix.

Written and recorded during pandemic, this eight and a half minute single starts as a Dylanesque folk ballad but evolves into a whirlwind of guitars and textures.

Fears I Call My Own

Circles We Draw introduce themselves to the world with this catchy, upbeat rocker. Single includes remix.

The debut eponymous EP by Pinetree Janitorial Service blends the gamut of the project's influences- from 90's grunge to 60's folk- into an impressively cohesive 5 song statement.